Aquileia was one of the most important cities of the Roman Empire during the second century AD. It had reached a considerable population and had become an important commercial center with the adjacent river port connected by channels to the sea. During the barbarian invasions most of the population moved to the island of Grado. The decline of the city continued during the modern era with the end of the temporal power of the patriarchate.

The University of Trieste, under the direction of Prof. Fontana, has investigated the area of via Gemina in 2005 where the House of the Dancing Putti has been brought to light. The survey activities carried out by the Polytechnic of Turin included the updating and georeferencing of the archaeological map of the entire city and the photogrammetric, LiDAR and GNSS survey of the area of via Gemina, consisting of a villa with stores overlooking the cardo. The geometric data have been elaborated in order to obtain a virtual reconstruction of the facade towardss the cardo, inlcuding the stores. The 3D modelling has integrated geometric and raster data in order to obtain a reconstruction as rigorous as possible of the buildings. 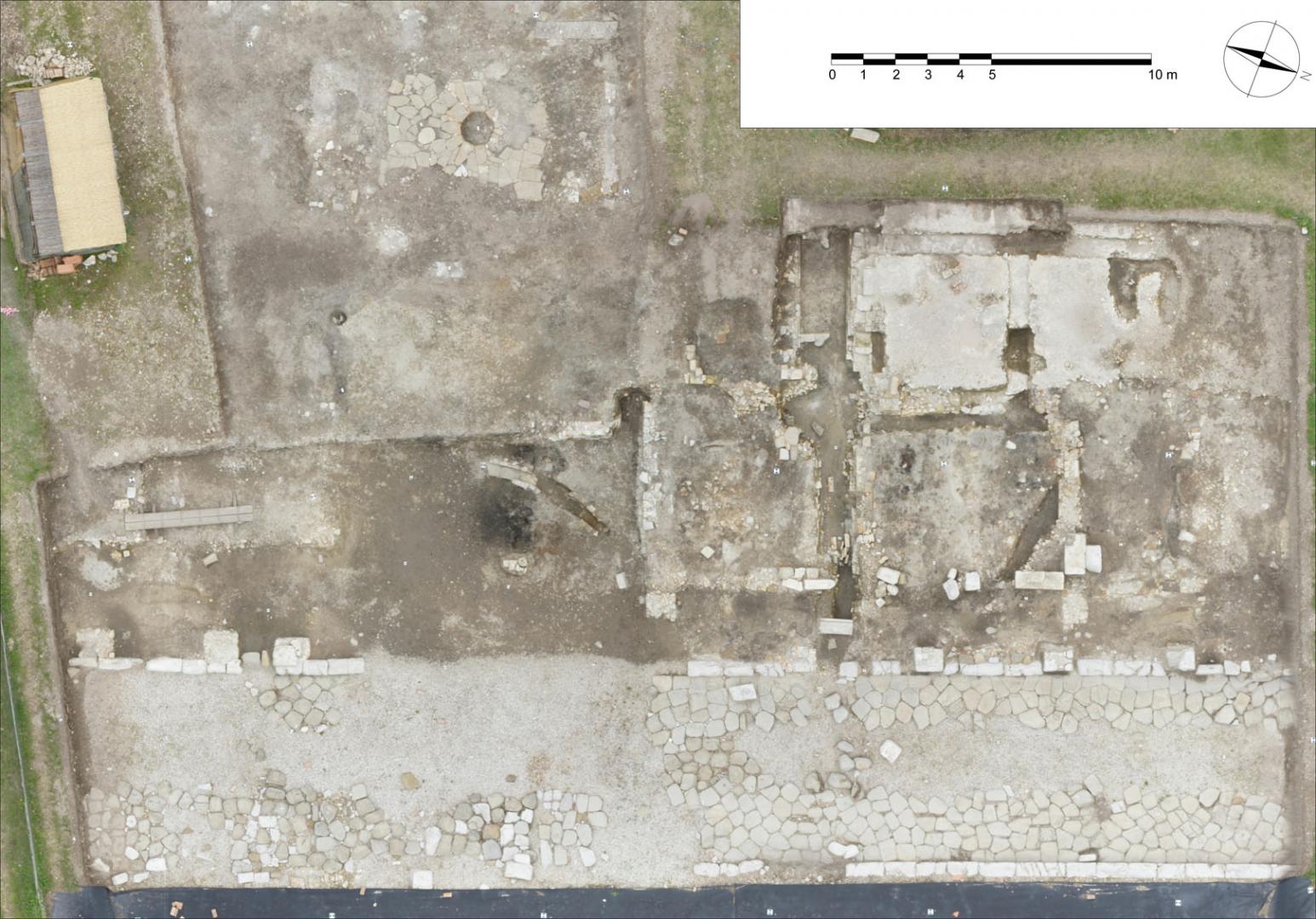