Deformation analysis on the Loka-Hteik-Pan temple

The archaeological site of Old Bagan, located in the centre of Myanmar, is one of the most remarkable and ancient Asian site with over three thousand monuments, scattered in an area of about 80 km2. Thesite was hit in 2016 by the last of a series of earthquakes. The Loka-Hteik-Pan is a hollow-core temple featured by a small elegant curvilinear tower. It was significantly damaged by the event, losing the upperpart of the tower, as many other temples of the area. Emergencies like seismic events generally requirequick responses and targeted solutions. When a built area is involved, damaged buildings need structural assessments with a special focus on space and time occupancy, without compromising the reliability ofthe results. A workflow for data acquisition and analysis is proposed, using non-destructive techniquesto evaluate the materials performances and measure spatial changes over times. Deformation analysisis performed on LiDAR data, acquired prior and after the earthquake, with the goal of measuring small changes occurred in the wall surfaces. The preliminary results of the tests are presented with the purposeto provide a knowledge base, useful to guide the interventions for preserving the monument and its heritage.

Surveying activities were focused on the comparison between two LiDAR surveys performed prior and asfter the 2016 earthquake with the goal to detect changes and analyze deformation. LiDAR analsysis were performed on the geometry only, without any prior knowledge and or special markers apart from those used for surveying the building. Ther results were encouraging showing a significant tilt of the facade and some minor mortar detachments in the interios. Laser scans were referenced on a control network, adjusted with the Least  Square method. Comparison was performed usind the Cloud to Mesh (C2M) algorithm and the Multiscale Model to Model Cloud Comparison (M3C2) algorithm by Lague, Brodu and Leroux.

Link to the original article
https://www.sciencedirect.com/science/article/abs/pii/S129620741930010X 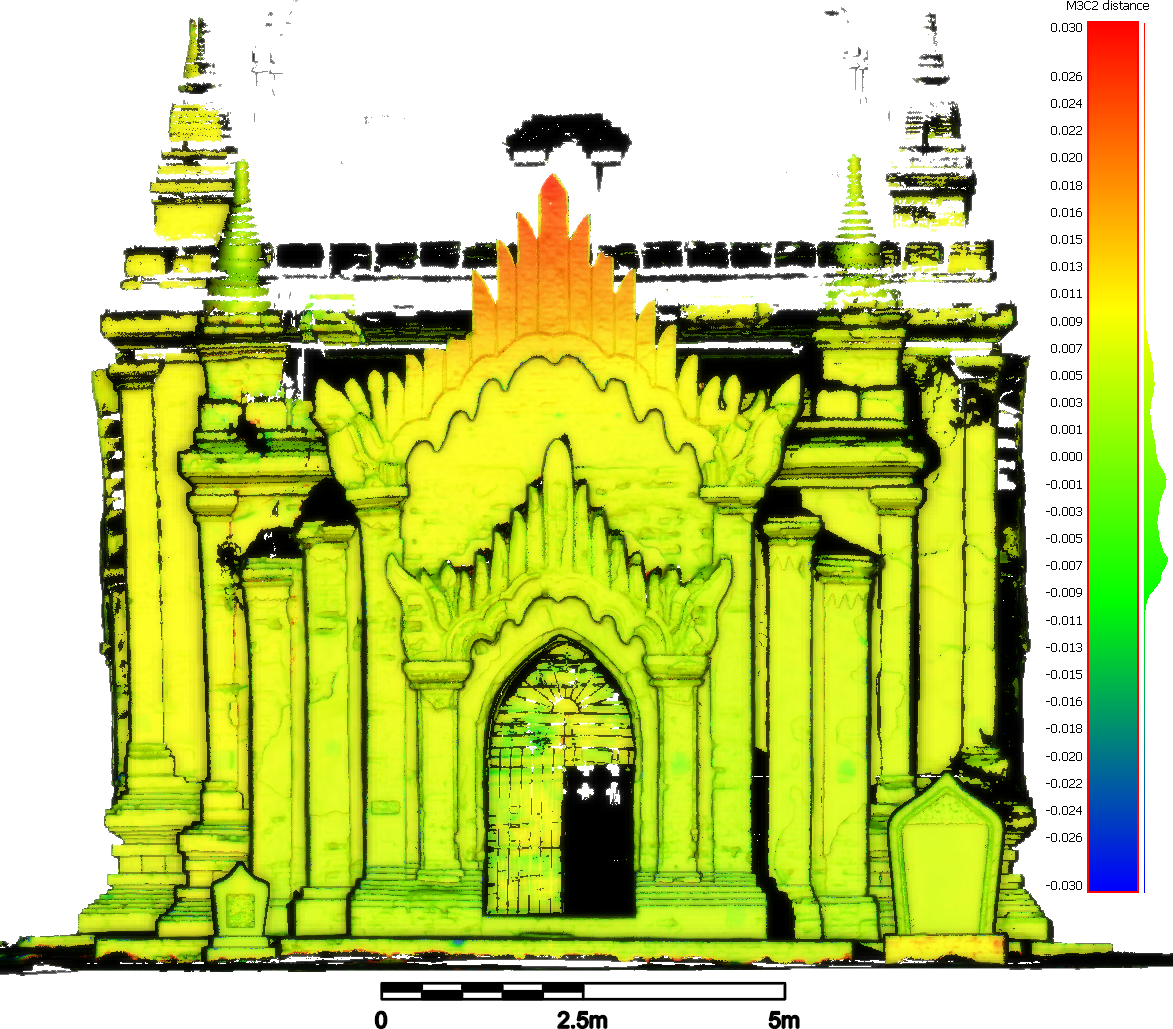 Deformation analysis of the facade 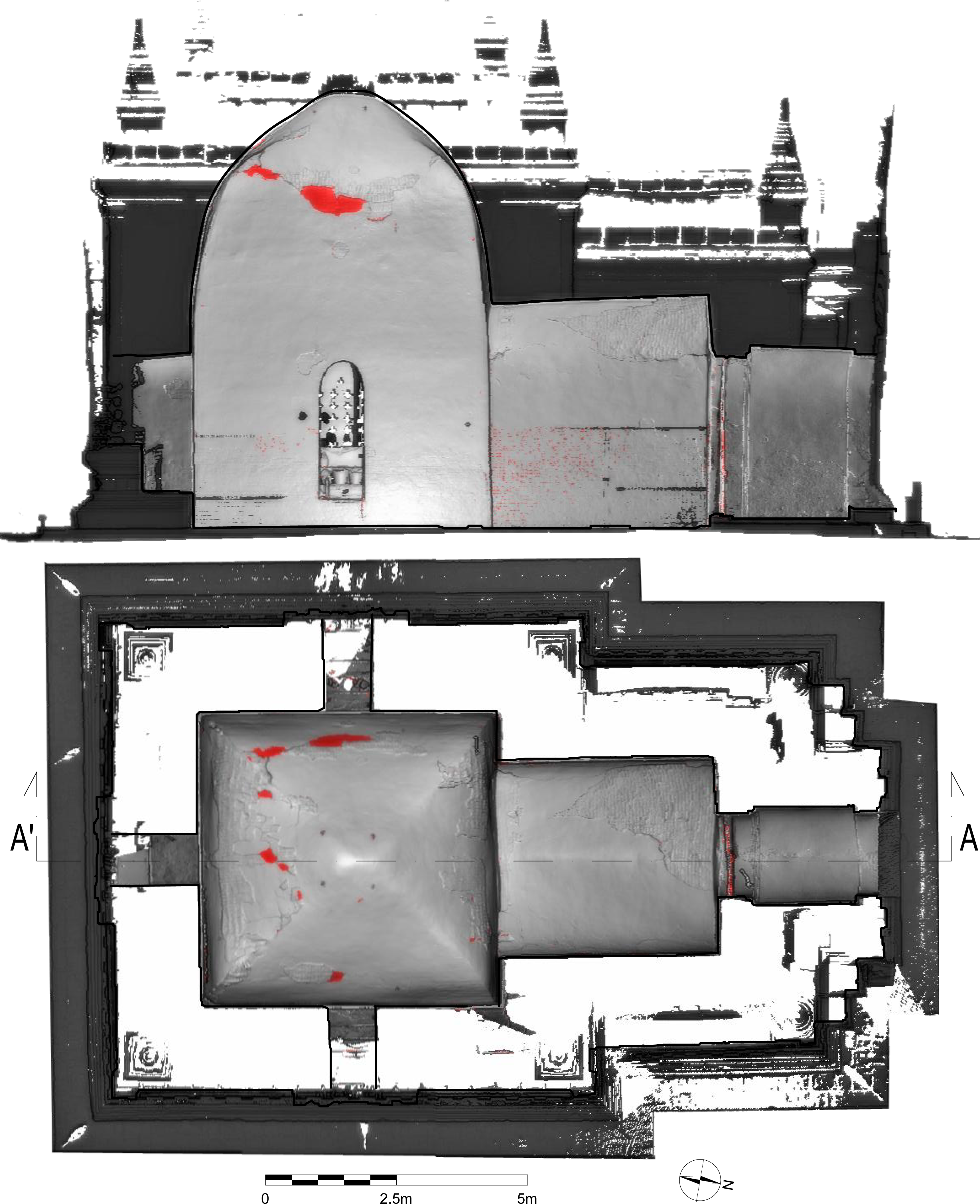